U.S. economy shows solid 2.9% growth in the fourth quarter, but…

The U.S. economy grew at a 2.9% annual rate in the December quarter of 2022. That brought growth for 2022 as a whole to 2.1%. Consumer spending was strong enough to offset slowdowns in housing and manufacturing. So good news. But growth in the quarter was still slower than the 3.2% growth rate in the third quarter

Microsoft reportedly plans to cut 11,000 jobs; this is a serious indicator for the economy

Granted these are all reports from outside news sources but there are a number of them. Where there’s smoke there might well be fire. U.K. broadcaster Sky News has reported that Microsoft plans to cut about 5% of its workforce or about 11,000 roles.

Job market was uncomfortably strong in September and stocks fall

The U.S. economy added 263,000 jobs in September (after seasonal adjustments), the Labor Department reported this morning. The total was down from 315,000 in August but it was enough to bring the unemployment rate down to 3.5% from 3.7% in August. This good news for workers and families, is, of course, bad news for the financial markets, which keep looking for signs that the economy is slowing enough to slow the Federal Reserve’s aggressive round of interest rate increases.

First-time claims for unemployment rose to 219,999 for the week ended October 1, Labor Department reported this morning. Economists had projected a rise to 203,000. The prior week showed a revised 193,000 initial claims. Financial markets aren’t sure how much this means for tomorrow’s report on September employment. It could be the harbinger of a drop in the rate of job creation and an uptick in unemployment. On the other hand, the ADP job survey came in hotter than expected. 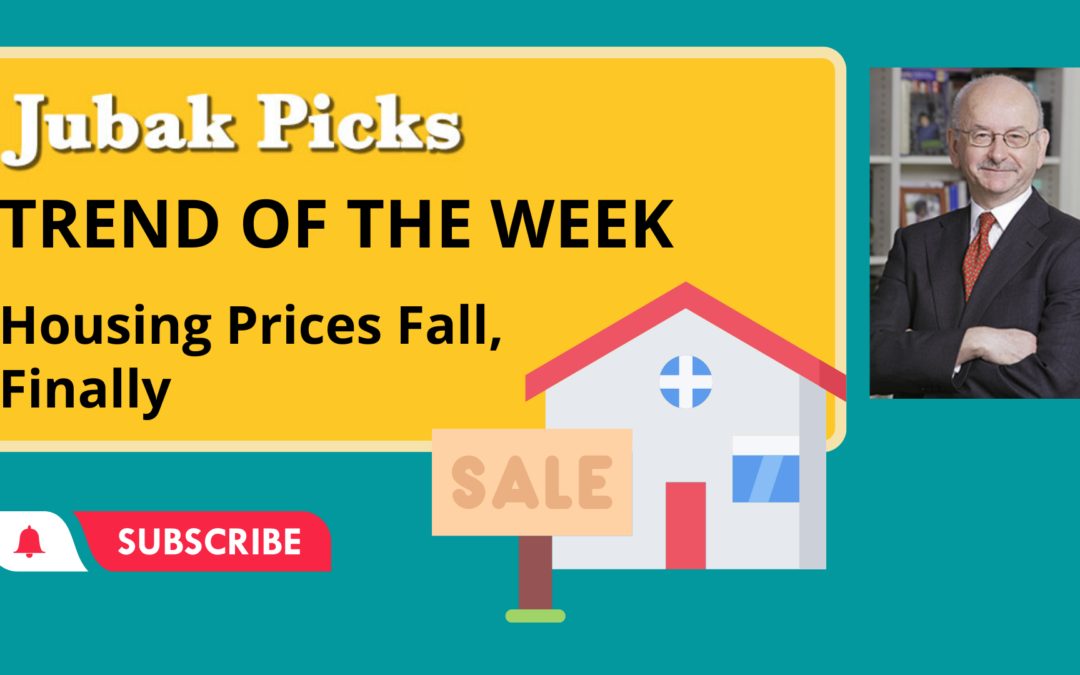 My one-hundred-and-ninety-first YouTube video: “Trend of the Week Housing Prices Fall, Finally” went up today This week’s Trend of the Week is “Housing Prices Fall, Finally.” We’ve recently seen a big increase in mortgage rates, but the housing market hadn’t really slowed, until July. According to the S&P CoreLogic Case-Shiller Home Price Index, the year-over-year housing prices went up 18.1% in June of this year, and 15.8% in July. While it’s still a big increase over last year, there is a noticeable deceleration. Month-to-month housing prices in the 20 cities in the Case-Shiller Index fell 0.4% in July, marking the first drop in month-to-month housing prices since 2012. If you look at Lennar Corporation (LEN), a good representation of the housing and building market, you can see the decline in mid-August where investors started to truly believe home and building prices are indeed going to fall. Watch the housing sector. It’s the first place where the Fed’s interest rate increase is having a tangible effect. We’ll continue to see housing prices fall as mortgage rates go up. And it’s an early sign that the Fed’s tightening is working to slow the economy.

Walmart shares were up 5.11% today, August 16, at the close. I think it’s fair to call that a relief rally as the company beat lowered earnings and sales forecasts for fiscal second-quarter earnings today. And then confirmed its guidance for the second half of 2022. Remember that the company had slashed guidance twice in the last three months on May 17 and then again on July 26. 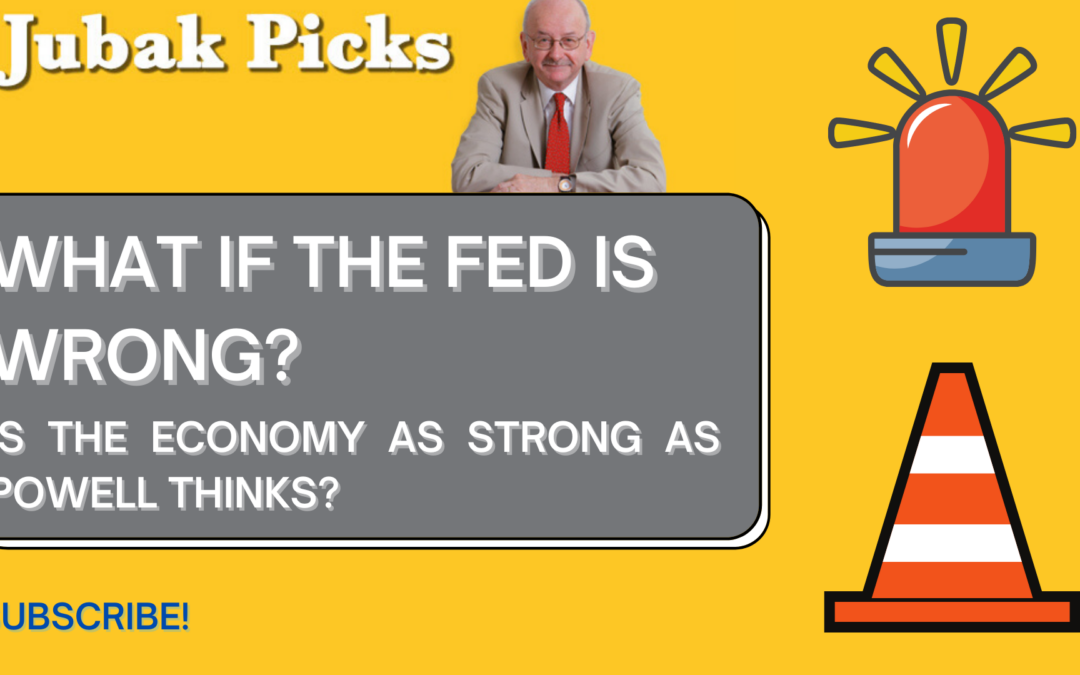 Please watch my New YouTube Video: What if the Fed is Wrong?

I’m starting up my videos on JubakAM.com again–this time using YouTube as a platform. My ninety-third YouTube video “What if the Fed is wrong?” went up today.

The Bureau of Economic Analysis is set to release its first estimate of fourth-quarter GDP on Thursday before the market opens. Economists surveyed by Bloomberg are expecting that annualized GDP growth in the quarter rose by 5.5%. That would be a huge increase from the 2.3% rate reported for the third quarter.

Yes, stocks bounced back today; No, everything is not all right with the markets or the economy

Yesterday the Standard & Poor’s 500 fell 1.14% and market leading stocks such as Applied Materials (AMAT) dropped 0.78%. Big drug stocks made up the only sector in the green as Pfizer (PFE) rose 2.59%,and AbbVie (ABBV) gained 1.23%. The fears yesterday were that the Omicron Variant of the Covid-19 virus would slow the economy and that Senator Joe Manchin had just killed prospects for any stimulus from the Biden Administration’s Build Back Better bill. Today the S&P 500 closed up 1.78%. A market leader like Applied Materials rose 4.42%. A big drug stock such as Pfizer was down 3.39%. 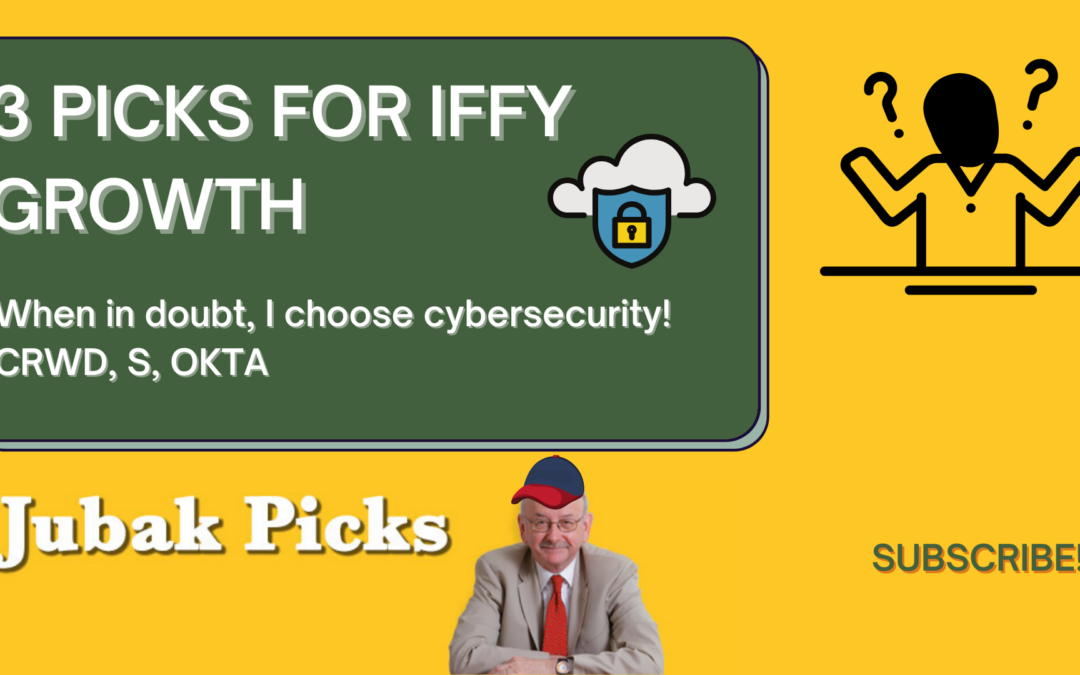 I’m starting up my videos on JubakAM.com again–this time using YouTube as a platform. My fifty-eighth YouTube video “3 Picks for Iffy Growth” went up today. 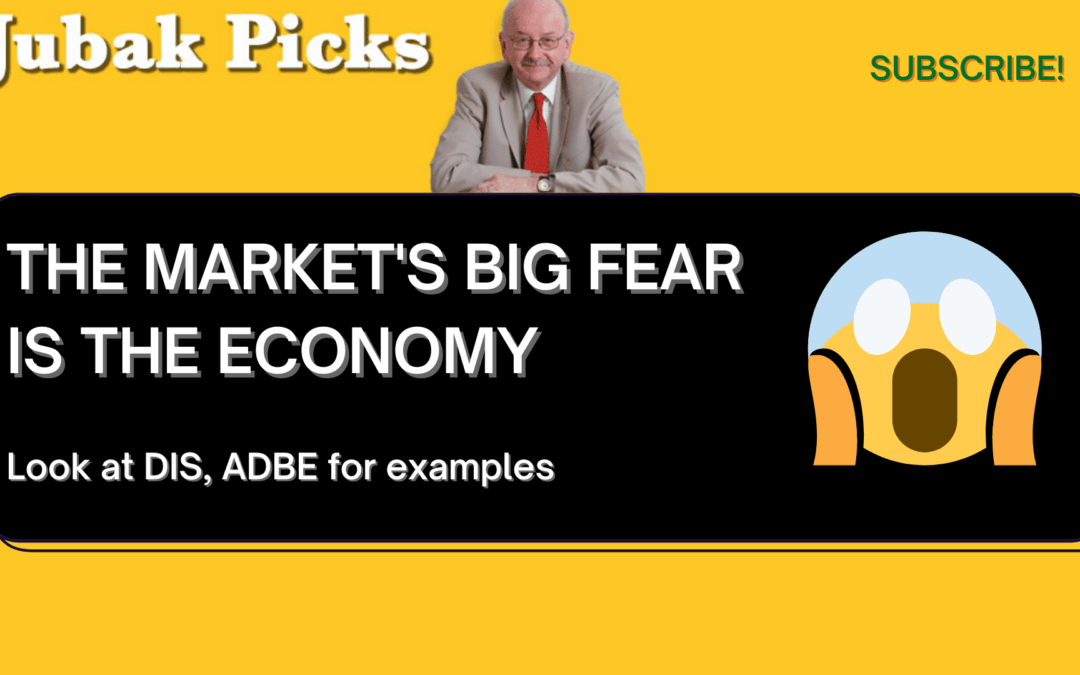 Watch my new YouTube video: “The market’s big fear is the economy”

I’m starting up my videos on JubakAM.com again–this time using YouTube as a platform. My forty-ninth YouTube video “The market’s big fear is the economy” went up today.