Trick or trend: Will the selling spread from high-PE tech stocks?

As I noted in my latest YouTube video, selling has been concentrated in the highest PE stocks in the market. The top 10% of the stocks in the Russell 1000 index when ranked by Price to Earnings Ratio were down 7.8% for 2022 as of January 6, according to Goldman Sachs. Not that the rest of the stock market has been sending rose petals our way so far in 2022, but the Standard & Poor’s 500 Index was down just 1.8% for 2022 as of January 7. The NASDAQ 100 is down 4.8% for 2022 as of January 7–which speaks to the same point.So far, the selling is really a blip for most of the market. But it is serious for technology shares and especially high PE technology shares. So now the question is “Will the selling spread?” 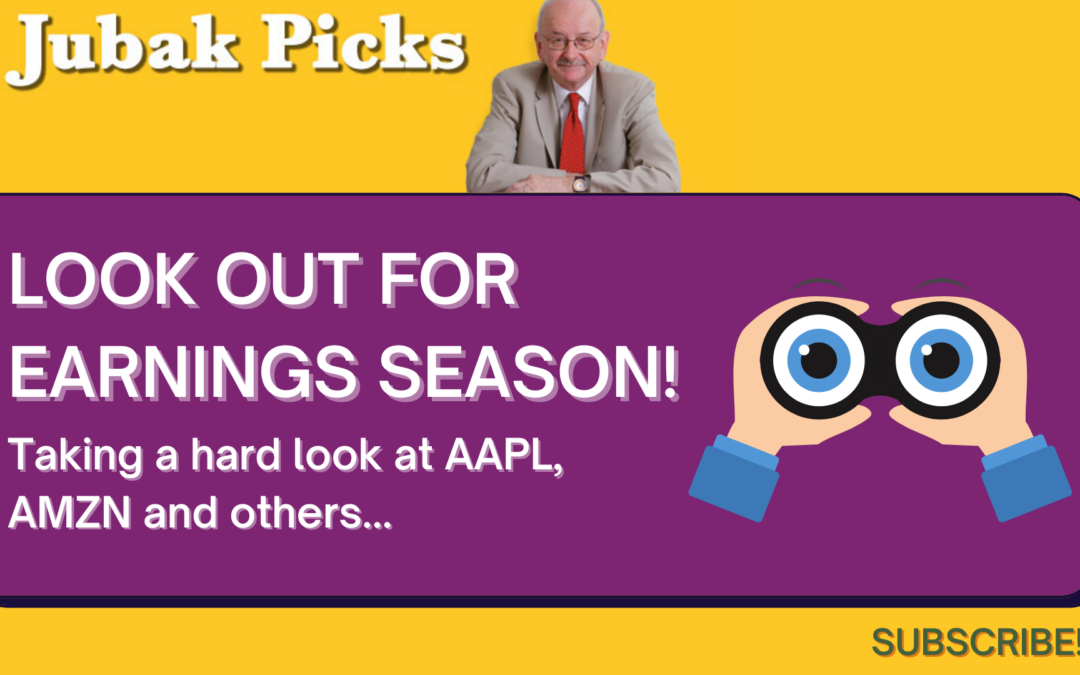 Watch my new YouTube video: Look Out for Earnings Season

I’m starting up my videos on JubakAM.com again–this time using YouTube as a platform. My seventy-eighth YouTube video “Look Out for Earnings Season” went up today.

It’s BIG TECH earnings week with earnings from Apple (AAPL), Microsoft (MSFT), Alphabet (GOOG), Facebook (FB) and Amazon (AMZN). Facebook kicks off earnings from this big tech group on Monday, October 25, after the close. Alphabet and Microsoft follow on Tuesday, October 26, after the close of trading with Amazon and Apple on Thursday October er 27 after the close. The stakes are high for these companies and their stocks and for the entire stock market.These five stocks account for almost 23% of the capitalization of the entire Standard & Poor’s 500. And the technology sector makes up 33% of the indexTo an extraordinary degree as goes the technology sector, so goes the market as a whole right now. And as these five stocks go, so does technology.

Saturday Night Quarterback (on a Monday) says, For the week ahead expect…

Big bank earnings begin on Wednesday and Thursday. Unfortunately, won’t tell us anything useful about the margin pressures from rising global supply chain shipping costs or higher prices for raw materials. Those are the factors that could produce a quarter’s worth of warnings and unpleasant surprises once third quarter earnings season starts on October 13. But to learn about the effect of those margin pressures on earnings we’re going to have to wait for reports from the consumer and industrial companies that are on the front lines of these trends.

...volatility in individual stocks, especially in the technology and retail sectors (or anywhere els... To subscribe to JAM you need to fill in some details below including, ahem, some info on how you'll pay us. A subscription is $199 (although if you're subscribing...

Earnings season (for the third quarter for most companies) starts on October 13, two Wednesdays from... To subscribe to JAM you need to fill in some details below including, ahem, some info on how you'll pay us. A subscription is $199 (although if you're subscribing...

We’ve heard from Amazon, Alphabet, Facebook, Microsoft, and Apple. The earnings from the BIG GUYS are IN. But this week brings a bushel of earnings reports from the next generation in technology. And on recent performance these stocks have been out gaining most of the big tech stocks. Like what stocks, you ask?

Following on from the 82% year over year growth in earnings (projected but 91% of the 500 S&P companies have reported) in the second quarter is a huge challenge. And earnings projections for the third quarter are extremely uncertain.

I hope it’s no surprise to you–I’ve been yammering away on this topic for the last two weeks after all–but next week is a big week for earnings from bellwether tech companies. The market reaction to those earnings will determine whether the current earnings based rally goes on for a while or if, instead, we get a sell on the news retreat. Tuesday, April 27, is the first big day with Apple (AAPL), Advanced Micro Devices (AMD), Alphabet (GOOG) and Microsoft (MSFT) all reporting.