Even as stock market indexes hit record high after record high, Wall Street is buying options to hedge against risk in the Standard & Poor’s 500.

Wall Street has started to fret about third-quarter profit warnings

Profit warnings for the third quarter, which ends on September 30 for most companies, have started to worry Wall Street. So far most of the revisions have come from materials producers such as PP Industries (PPG) and Sherwin-Williams (SHW). PP Industries, for example, lowered its sales number for the quarter by $250 million. That’s a decent-sized hit on Wall Street’s projected $4.3 billion in sales. Sherwin-Williams said that limited availability of raw materials is hampering its ability to meet demand. Quarterly sales could fall by a low single digit percentage year over year. But there are signs of a more extensive problem.

Just what this market needs: Republicans say they will vote against raising the debt ceiling

I doubt that, when push comes to shove, Congress will walk away from its responsibilities and allow the Federal government to go into default. But I suspect that Republicans won’t vote to raise the debt ceiling, which would allow the federal government to meet its commitments on spending it has already approved, without another government shutdown. On Friday, Senate minority leader Mitch McConnell declared that Senate Republicans will not vote to increase the Treasury’s authority to continue borrowing.

Solutions for my YouTube video on September/October risk–What to do? 5 Moves

Back on September 4 I posted a video on YouTube and this site “September and October 2021 Worse Than Usual for Investors?” that argued that September, the worst performing month for the Standard & Poor’s 500 from 1950 through 2020, and October, historically the home of the biggest one-day or one-week stock market crashes, stood a good change of being even worse than usual this year. I cited factors such as the Fed’s September 22 monetary policy meeting, a potential stalemate over the raising the debt ceiling, and economic uncertainty created by the Delta Variant (see last weeks weak jobs report as evidence on that front) as reasons for thinking that we could see a repeat of the historical weakness and volatility this September and October–but with a bit of supercharging. I don’t want to revisit all the reasons I gave in that video–Hey, just watch it, ya know?–but let me add a couple of points that I didn’t mention in the video. Like the effects of the continued shortage of chips on car manufacturers and hence car sales. Like the run-off in federal Pandemic economic help that’s now scheduled for this fall. Like signs of weakness in consumer sentiment and business confidence. Instead of more on “the problem” lets talk about potential solutions- the “what should I do stuff.” 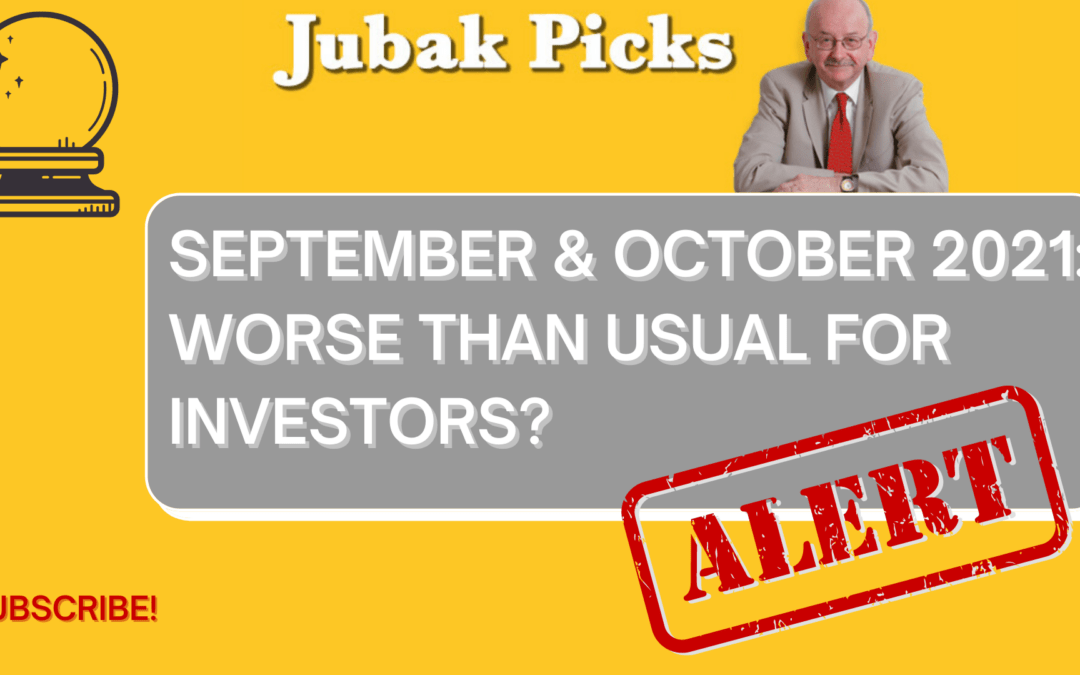 Watch my new YouTube Video: “September and October 2021 Worse Than Usual for Investors?”

I’m starting up my videos on JubakAM.com again–this time using YouTube as a platform. My forty-sixth YouTube video “September and October 2021 Worse Than Usual for Investors” went up today. The “solutions” post will go up Sunday.

More than 2 million options on the September 10-year Treasury expire by the end of trading tomorrow, August 27. That’s 63% of all options open interest in Treasuries. It “looks” like the positioning of those Treasury options is relatively balanced. Bloomberg reports that data from JPMorgan Chase show that the bank’s clients have pulled back on short bets on a steeper yield curve after tomorrow’s speech (10 a.m. New York time) by Fed chair Jerome Powell. But I wouldn’t bet against some extra volatility tomorrow.

Trick or trend: Options expiration day makes it tough to say what of today’s stock moves mean anything for the longer trend

Stock volume spiked on a quarterly event known as triple witching, when options and futures on indexes and equities expire. As of 11:45 a.m. in New York, volume on S&P 500 Index stocks was almost 50% above the average for that time of day over the past 30 sessions. The quarterly expiration usually coincides with a rebalancing of benchmarks such as the S&P 500, sparking single-day volumes that rank among the highest of the year. Howard Silverblatt, senior index analyst at S&P, told Bloombertd that the rebalancing in that index alone could force $30 billion of stock trades. More than $2 trillion of S&P 500 options and futures were scheduled to expire Friday, Goldman Sachs estimates. The increased volume today and the jump in volatility for many stocks comes after a extremely calm stretch for the stock market. Measured by the 20-day volatility, the S&P 500’s price swings dwindled to levels not seen since the start of 2020. All this makes it very hard to look at the market reaction to the Fed’s news from Wednesday and today’s price movements and say which indicate a longer-lasting trend in market direction and which are simply a reflection of technical moves by traders closing positions ahead of the expiration or in reaction to the expiration.

On May 11, when the Standard & Poor’s 500 was headed for a 2.14% loss on the day, I took a long hard look at selling the downside hedges I own in my Volatility Portfolio. In that portfolio I own a September 17 Put Option on the iShares Russell 2000 ETF (IWM) and two Call Options on the CBOE S&P 500 Volatility Index (VIX) for July 21 and August 18. I came very close to pulling the Sell trigger on one of the VIX calls. (Because the VIX goes up as fear in the market rises (usually on a sell off or worries about an impending sell off, the Call Option on the VIX acts as a Put Option. It will become more valuable as the market falls.) I was in the black on the August 18 Call Option with a strike price of 22 because the Vix had climbed 26.33% on the day to a close of 27.59. I think the decision not to sell was a non-decision. And a mistake. I dithered over it for so long that the market had closed by the time I decided to sell. A sell would have resulted in a profit of 9.2% from my March 23 buy. Not huge but still money. I decided not to sell the iShares Russell September 17 put with a strike price of $215. The ETF would close that day at $218.96 and then drop to a close of $211.75 on May 12. A Sell would have resulted in a gain of 15.6% atom my March 24 buy. Unlike the failure to sell the VIX Call, I don’t think the decision not to sell the IWM Put was a mistake even if it meant foregoing a 15% profit (on a holding period of less than 2 months.) Let me explain.

These are the markets that try portfolio’s souls

I’d like to think that the volatility of last week is all over and a thing of the past. But I don’t think it is. This is a transitional market with sentiment moving toward value, cyclical, and post-vaccine stocks and away from technology momentum plays. And it’s also a market trying to figure out how to reprice all assets in light of a potential move to lower stimulus bond-buying and to raise interest rates at some point in the future. These kinds of transitions don’t occur smoothly and I think we can expect more volatility. 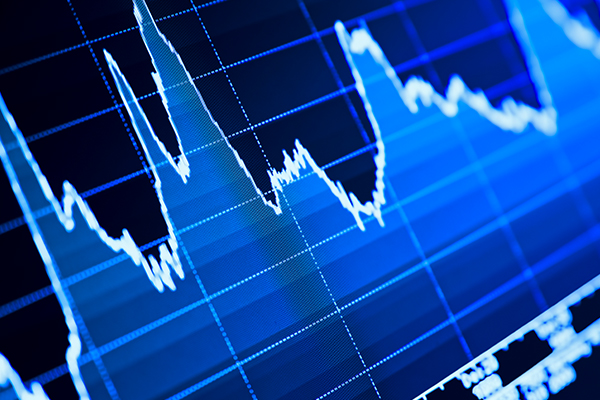 Here’s my second bunch of 10 stocks that I’ll be tracking as buy on the dip candidates in my Dip-O-Meter. I’ll be adding these names to the Dip-O-Meter itself and updating the first 10 names as soon as my tech people